The Relay programme brings researchers and journalists together to improve media coverage of critical development issues.

Relay works in Eastern Africa and South Asia in collaboration with Panos Network institutes. In Eastern Africa, focus countries include Kenya, Uganda and Tanzania. In South Asia, the focus is on India’s Northeast region and Bangladesh. 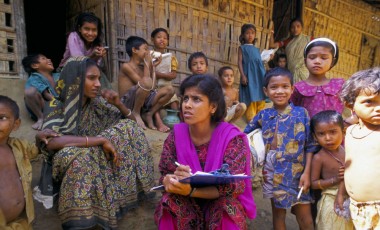 Relay aims to document and share knowledge, learning, and impact generated from the experience of our projects on the ground.

Engaging media on tax research in Kenya and Uganda

This case study describes a project carried out by Panos Eastern Africa in 2011 as part of the Relay Programme, to strengthen media capacity to improve reporting on tax and governance in Kenya and Uganda

Reporting research on dams and development in NE India

This case study shares learning and results from a Panos South Asia project as part of the Relay programme, to report research on dams and development in Northeast India.

UDN works with the media to report research – video

Walter Akwat, Communications Officer at the Uganda Debt Network (UDN) talks about his collaboration with journalists and explains how Relay programme has helped his research organisation appreciate the role of the media and improve their communications strategy 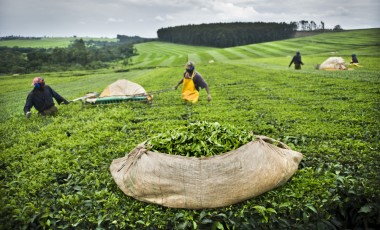 Relay produces practical resources to support academics and researchers to make their work more widely known through the media – and to help journalists use research as a source for reporting on critical development issues.

Getting into the kitchen: Media strategies for research

In the words of a South African researcher, the media can help in linking research to policy processes by “getting you into the kitchen, being part of the soup-making”.

Since the end of the Cold War, forced migration has been a phenomenon largely affecting developing countries. By the end of 2008, the United Nations High Commission on Refugees (UNHCR) reported that globally there were 15.2 million refugees and 26 million internally displaced people (IDPs). The sheer magnitude of the numbers of refugees and IDPs poses significant challenges to governments and international institutions.

‘Academic spring’ all year round

Wellcome Trust and the World Bank show their support for the Open Access initiative.

Large dams are being built to meet the energy and water needs. But if dams are to offer development opportunities for all, emphasis needs to be on benefit sharing, especially with local communities.

It is not very often an article on taxation is described as ‘heart-wrenching’. Yet our journalist fellow from Uganda, Alon Mwesigwa, managed to spark an online debate.